Most of my readers know me as that girl who likes to travel, (and is horrible at chronological blog posts) but they probably don’t know that event planning is my dream job.

When people talk about their dream job, they talk about what they would like in an ideal world, and for most people this isn’t possible. 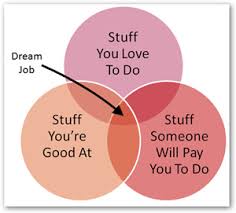 I wasn’t quite so unlucky. Wedding planning has been my dream job since I was 6 years old. It basically started when I told everyone at my school that I would marry Aladdin: yes the Disney Character. By the time I had finished Kindergarten, I had already felt like I’d watched it a million times. But one day, the movie began to really speak to me. I remember walking into class and announcing to everyone, “Guys I’m marrying Aladdin and all of you are invited.” I’m not really sure how my friends reacted, but I remember when I told my mom that evening, instead of saying, “that’s impossible,” she asked me, “Oh, and what’s going to happen at your wedding?”

I was mind-blown. How can I marry someone without knowing what flowers I’m going to have, or what dress I’m going to wear? I literally sat down and took out a sketchpad and started drawing out my dress and wedding. This was so much harder than all the stuff I had to do at school!

And so, since the age of 6, I’ve had my entire wedding planned out. And for a 6 year old, I have to say, it wasn’t completely unorganized either. I put wedding planning on the back of my mind, until almost 13 years later.

For the past year and a half I’ve been working with the Event Planning Company Seven Ivory Brides. I started off as an intern and social media coordinator, where I would publish biweekly blog posts as well as manage the Twitter statuses and Facebook posts by our company.

I’ve come a long way since then: signing a full planner contract with the company, and I’m greatly honored to be a part of the team.

I recently had the opportunity to plan and attend two weddings, the first  was Merium and Ahmed wedding reception, and the latter was Becca and Rishi’s multicultural wedding and reception.

Both of these two wedding receptions were held at the Crystal Gateway Marriott in Virginia, which is easily the most beautiful Marriott I’ve ever been into. The lobby was extravagant and beautifully decorated: literally straight from a magazine clipping. The Crystal Gateway Marriott was the closest Marriott to the Reagan National Airport, so there was always tons of activity happening as well. There were people in suits holding briefcases and tickets, ready to go for a business meeting, and there were families with small children overwhelmed with the beauty of the place. There was also a bar on the far right of the lobby that was for hotel and event guests to use. Unlike most Marriott hotels, this one had plenty of ballrooms, all for different occasions. Both of our reception events were held in the Arlington Ballroom upstairs.

The ballroom was beautiful: for both of our receptions, it was arranged with round tables  with floral centerpieces, and the chandeliers brightened the entire room all together. Both the receptions had a dance floor where the couple, as well as their guests, can celebrate the joyous occasion.

Although Merium and Ahmed’s Nikaah was only for their closest friends and family, there were approximately  350 guests at their reception to celebrate their joyous occasion. One of these guests was actually worked with me at the State Department around 4 years ago: and although I didn’t recognize him at first, it was great catching up and realizing what a small world it is! What are the chances?! Turns out that now Merium also works at the State Department and they’re coworkers: I guess it just comes to show you that we’re all somehow connected. The reception was great overall, Merium had a gorgeous pink lengha on, and all of her bridesmaids were dressed on point as well! Overall, it was a wonderful event and I was lucky to be a part of it.

The next event, Becca and Rishi’s wedding and reception, was more extensive than Merium and Ahmed’s when it came to our responsibilities for it. For this event we were the full wedding planners and coordinators, which means we’ve been collaborating with Becca and Rishi, as well as their families, for over a year to come together and create such a beautiful event.

Their wedding was a new type of wedding for our company, that it incorporated half Lutheran and half Hindu rituals. Although the wedding took place at a church, there was a Baarat for the groom’s side. A baarat is when the groom travels to the wedding venue on a horse or an elephant, while his family members walk alongside him. It is a festive event especially because there is music playing and everyone is dancing! Once the baarat reached the church, the wedding began. Incorporating aspects of both religious sides, it was a ceremony that I was greatly honored to attend and assist in.

About an hour after the wedding was over, it was time for the reception, which, as I mentioned before, as at the same Crystal Gateway Marriott. Set up in a similar way as last time, there was a cocktail hour an hour before the actual reception started, and unlike the first wedding there wasn’t a stage present for the couple to sit on.

This reception as well went extremely well, and even though I didn’t meet any old coworkers, it was definitely one of the best weddings I’ve ever been to. Additionally, it’s extremely rewarding to see that all the time and dedication you put towards the events, paid off.

I think it’s amazing that even though both of these weddings were in the same location, they were both different, in their themes, cultures, practices, and overall execution.

Despite all of this hard work, this job is super rewarding because you get to help people plan the best day of their lives. You get to watch them live out their fairy tale and begin their happily ever after, just like Jasmine and Aladdin did.

If you want to hear more about our events or check out our company, go to sevenivorybrides.com 🙂

I would love to hear your thoughts!! Cancel reply